October 3, 2014
Birds, birds, birds! Melbourne was a little obsessed with the Hawks and Swans these last few weeks but it was birds of a different feather that dominated our grand final week here in Templestowe. Parrots! For starters, Pom Pom our rainbow baby is growing bigger, stronger, cleverer and cheekier. Secondly, the wild cockatoos who visit have been getting bolder and one has even been coaxed to step up onto our arms… pretty adorable. But there were some more unexpected avian adventures too. When we visited the ‘Fish & Feather’ pet store, Ben got a bit more than he bargained for when Charlie the manic Macaw took an unexpected shine to him. On returning home that very afternoon, we found a very sick looking cockatoo who could barely move. 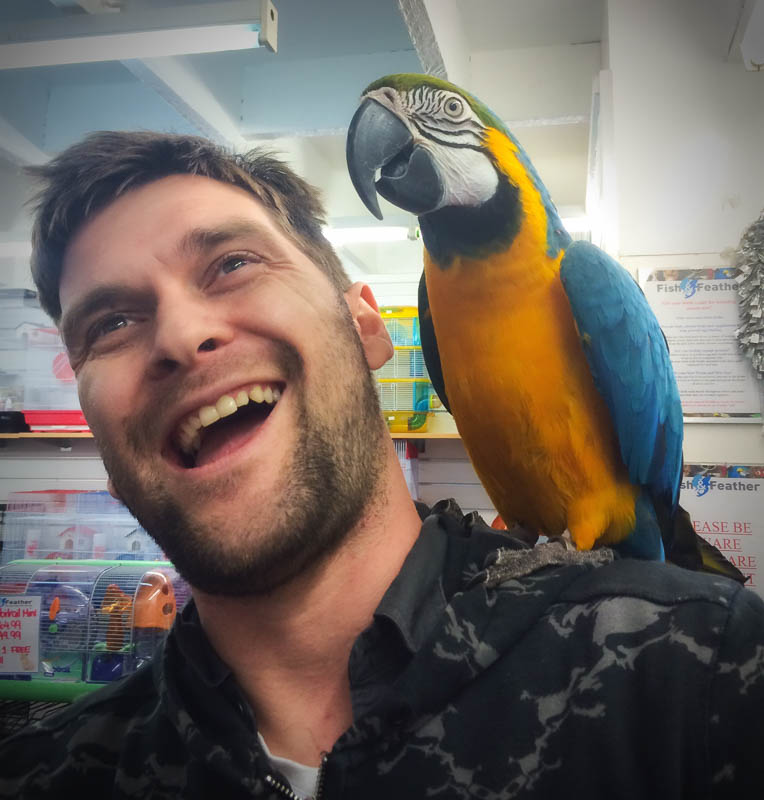 We called Wildlife Victoria but they couldn’t send a rescuer, so on their instructions we set off to take it to the Bundoora Veterinary Hospital. Only 5 minutes from home we saw a driver pulled up awkwardly at a roundabout attempting to scoop up a corella she had accidentally hit. We wound down the window and explained to the incredulous lady that we could very easily take it (along with the cockatoo we already had) to the vet hospital. Ben then had two cardboard boxes on his lap in the passenger seat… but unfortunately the top one was not as easy to close securely and ten minutes later the corella woke up. Our battered but energetic new friend freaked-out, managed to wrestle its way out of the box and hopped on to the dashboard where it flapped around squawking and leaving ‘free samples’ everywhere. Cue the hazard lights and super-slow driving! We made it to the vet in one piece, passed over the poor-but-pesky-parrots and happily signed over all responsibility, wishing the little fellas lots of luck for a full recovery. Unfortunately the cocky wasn’t given a good prognosis but the corella was only concussed and a bit battered. His digestive system was in full working order as the state of my dashboard could attest. So we believe a full recovery is likely there! 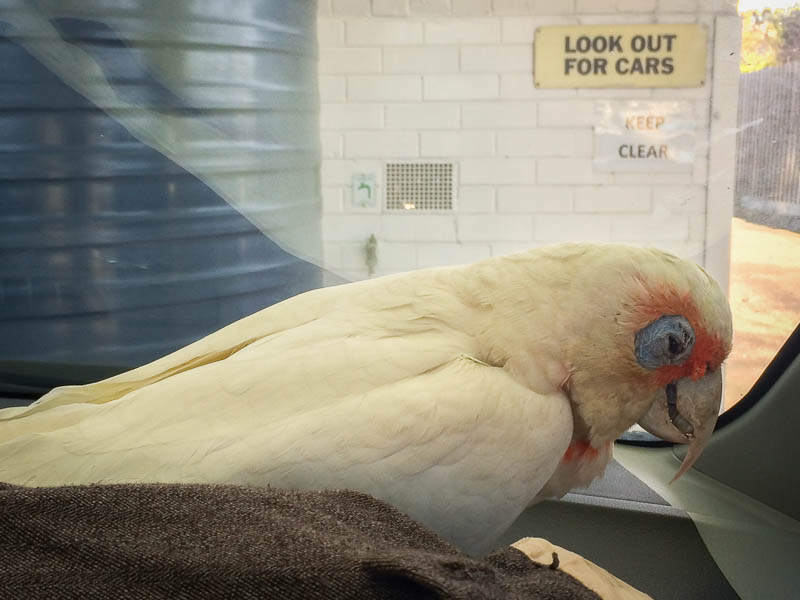 One more bit of exciting news… we had Pom Pom DNA tested and (drum-roll please…) IT’S A GIRL! (Though as one of my Year 3 students pointed out when I shared this news: gender is a social construct. So maybe I shouldn’t get too carried away.) In any case, this may mean that we could put her on the ‘parrot pill’ so that she won’t lay eggs and risk egg-binding issues down the track. For now though, it’s nice to have a consistent gender pronoun ready to hand, regardless of what that (frankly brilliant) 8-year-old kid said!

YOU WILL NEVER GUESS WHAT POMPOM DID!